Bek and I managed to score some really cheap JetStar flights to Bangkok six months ago in a 2 for 1 deal. In the end we paid about $400 each for our return tickets, so we’ve had six months to look forward to this trip.

The flight was about normal. It started with JetStar being late to open bag check-in and delays before boarding the flight. During the flight we had the token screaming baby and annoying Americans behind us, not to mention, the in-flight entertainment system was broken. I think this is probably deliberate, to get more people to hire their Video-on-demand systems which cost extra. I came fully prepared with an iPod loaded with new movies which helped a little with the 9 hour flight.

The first thing you notice in Thailand is the humidity as soon as you get out of the airport. It wasn’t overpowering, probably because it was 8pm and a coolish day, by Bangkok’s standards. Bek had done her research, and knew exactly what we needed to do once we got off the plane. We had to find the proper airport taxi queue to avoid being taken for a ride (bad pun alert!). The freeways are pretty smooth and the tollways quick. Lanes and indicators are optional, as well as doing the speed limit. Makes for good fun.

We got the taxi to our hotel, just off Sukhumvit Rd, which was about 30 minutes in the taxi from the airport. The streets that run off Sukhumvit Rd are called Soi’s. We’re staying on Soi 8. It looks more like a laneway than a street, and there is plenty going on, all the time. We’ve actually got two 7-eleven’s on ours, which has been handy changing our large 1000 THB notes to something more manageable.

We’re staying at Stable Lodge. It has free wifi (which lots of places have here) which is nice. It’s meant that we could book our flights and do some research without having to leave the place. I also put in a call home to let the parentals know we’re still alive. The Eee PC is awesome btw. 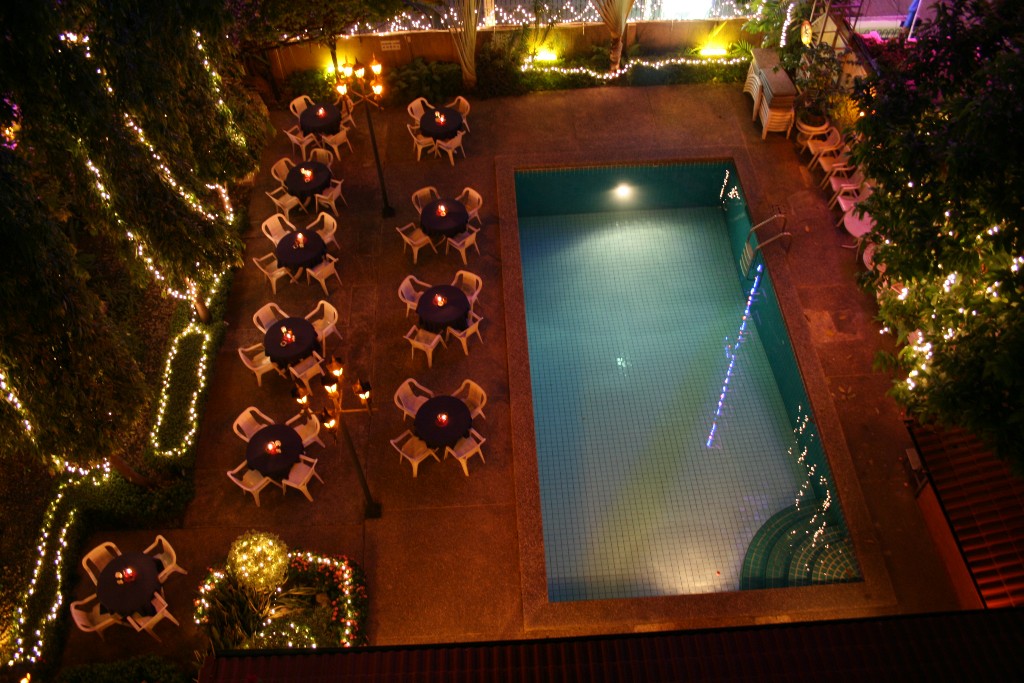 We caught the Skytrain today into the city and exchanged some money and had a walk around the big shopping centers. MBK is the largest. It’s massive. It’s a shame that the prices are too similar to what we’re used to in Australian dollars, but that’s probably more just because I’ve been looking at the gadgets.

The tuk-tuk drivers are seriously pissing me off though. Everywhere you go, there they are waiting to harass you to make you go for a ride with them. They’d probably just take you to their mates jewelery shop. We also had a few incidents at the train station. The ‘official’ information people aren’t official. Even with their fake ID badges. 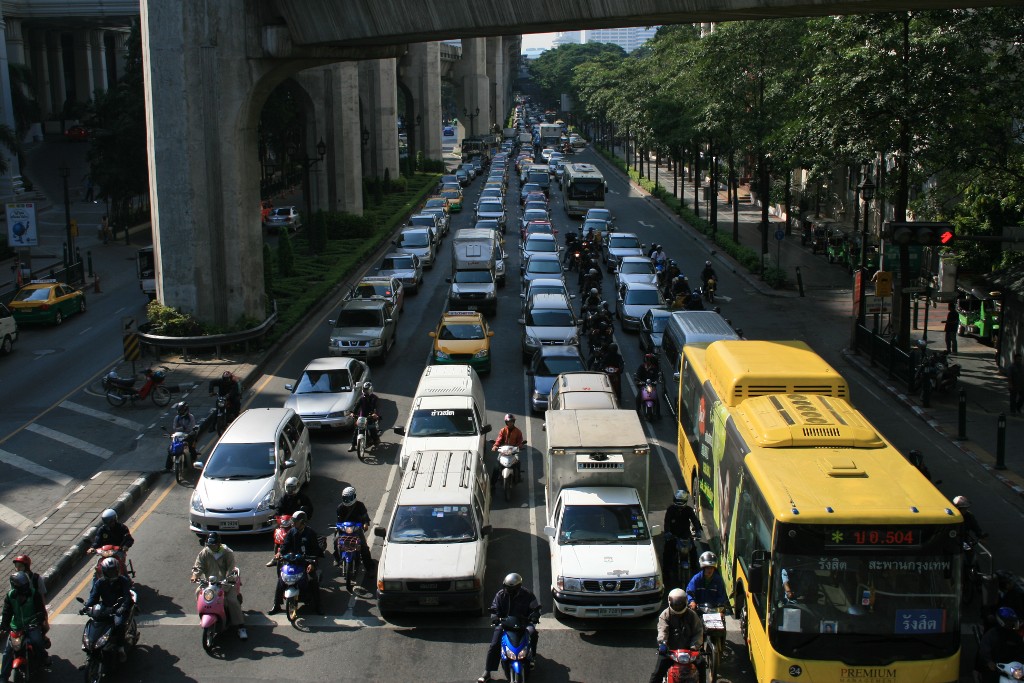 We bought a couple of long-necks of Chang beer from 7-eleven, which were a bargain at 35 THB and we’re having an early night. It’s up early tomorrow morning to catch our flight to Surat Thani. We go by ferry from there to our next destination.. Beer’s house at Ko Samui. It’s going to be rad.. as long as the weather stays ok. 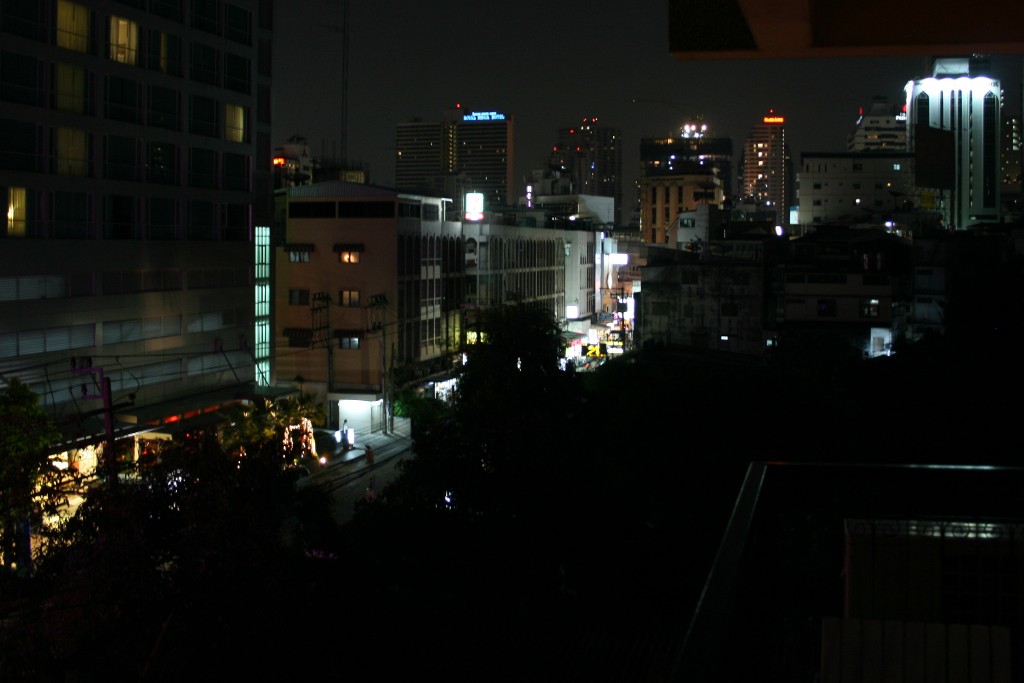 Bangkok skyline, from our balcony